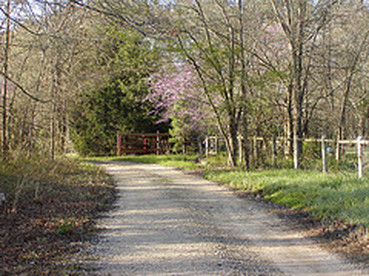 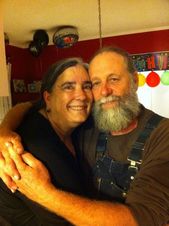 We started out buying 10 acres in 1980, moved onto the land in the fall of 1986. In 1998, We decided to buy another 8 acres across the highway, then in 2005 bought another 7 acres next to that. Now in 2009, we have about 30 acres across the Highway from the 10 acres we live on. We got the ball rolling in October 2007, with improvements by renting a backhoe to build a road from oneside to the other.

Then in March of 2008, I hired a Bull-Dozer Guy to push up the brush and trees to plant pasture. April we planted grass and in May, 2008, we started building 6,000 ft of fence. Then in March of 2009, we bought 4 heifer calves. Needing a bull, in July 2009 we drove to Kentucky to pick up our new White Bull "Falkor" that was 6 months old. In searching the "American Highland Cattle Association" herd book, I discovered most Highland Cattle Ranches in my area had the same bulls in their genetic makeup. This is why I decided to get a bull from another part of the country. Then in Fall of 2010, I discovered an awesome Bull, "Ranger", in North Carolina that had 4 World Champions in his Bloodline. His Sire was Pure Scottish, that both Semen and Eggs had been shipped from Scotland, the result was "Ridge Top Hayden's Choice".  So, we then went to North Carolina to get "Ranger". Later that year, on Christmas Day, we had our first calf, "Cinnamon of YSF" from "Falkor". She has grown like a weed. We decided to keep her. Then this year, fall of 2011, we have had 2 calves from our new bull "Ranger". "Joy of YSF" & "Misty of YSF". 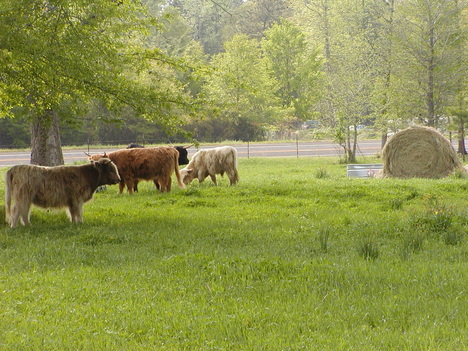 Our goal with this farm is to raise Great "Heart Healthy" Beef. This breed is very low fat because of the long hair. Normal cows you see, have a thick layer of fat to help keep them warm. The meat is well marbled, with a great flavor.